Recently I was preparing for an upcoming lesson in the Bible study I’m doing and we were to focus on “the woman with the issue of blood” in Luke 8 (what a way to be thought of/talked about, right?).  In the overview of the story, the author shared – “She suffered with a illness that assaulted her body for more than TWELVE years.  Just think about this.  WHAT WERE YOU DOING TWELVE YEARS AGO? How much has your life changed in the last decade?”

I remember sitting in my living room alone and my hand shot up in the air. It was like being in school back in first grade and knowing the answer to the question your teacher just asked and praying she would call on you to answer!

November 6, 2007 changed my life forever and in many ways I feel like I can identify with “the woman with the issue of blood”.  I struggle with not feeling well (emotionally and physically), not feeling “enough”, being frustrated with the way life is, and wanting more than anything to be “healed”.

Twelve years ago today I left the house with a leash in both hands and two happy dogs.  I was planning to speak at the MOMS group the following day and wanted to go over my thoughts/pray.  So- I left the house about 8:30pm and began a walk that changed my life.

People ask me what happened and truth be told – I have no idea.  I just know that I woke up at the end of a street nearby, in the middle of the alley.  I was on my back with my right leg underneath me.  When I woke up, very confused, I looked to the right to find my foot up by my face.  I rolled to my left to try to pull my leg out from underneath my back (honestly, I had no idea my leg could even be in that position) and could tell something was REALLY wrong and  I was in CRAZY pain.

(Crazy story of how I was found/helped and the time in the ER but – I’ll save that for another day.)

Jump ahead to 6 days later and I was headed home from the hospital after having surgery on a broken ankle that was described as, “The only reason your foot was still attached to your leg was your skin”. I was wheelchair bound for about 8 months, and afterwards began the long road of physical therapy to get me walking again. Since that time I’ve had two additional surgeries and many, many attempts at treatments to give me more movement and less pain.  My frustration (like the “woman with the issue of blood”) is that nothing has really worked and I’ve lived with chronic pain (sometimes having a day where I can’t stand/put any weight at all on it)…and a consistent limp ever since.

To say I’ve lived with this “well” would be a lie. While some days it just “is what it is”, I’ve had many days where I’ve been sad, mad, angry and indifferent (and many of those are pointed straight to God).  I’ve prayed until I was angry that He wasn’t answering…really, what could be the point in not healing my leg?  My sweet, wise and sometimes “too honest/challenging” friend pointed out recently that “I feel like you struggle emotionally every year about this time…do you struggle with this season or has something happened…OH MY GOSH- It’s your LEG THING, right? Do you think that’s what might make you fussy and down every year about this time?”

Clearly we are too close…or she’s a REALLY good friend to point out that I probably need some help dealing with some PTSD over this event.

(For the record…she’s a really good friend! Thanks Taffy for sharing some truth with me.)

There was a question in the Bible study that asked, “Tell about a personal experience of suffering and pain that lasted a long time.  IF YOU ARE STILL IN THE MIDDLE OF IT, what is helping you stand strong.” I actually read the question for the first time while IN the study – meaning, with a group of ladies around the table.  Honestly, the words “IN THE MIDDLE” smacked me in the face and literally took my breath away – which was a good thing cause it kept me from saying “Oh crap…I’M STILL IN THE MIDDLE.” If I live to 80 or 90…I’m in the MIDDLE (ok…maybe a little further but – you get my point).  Truly – there is no “end” in sight.

However, other questions followed and the author did an awesome job of pointing out the woman’s persistence in searching for a miracle for herself.  For twelve years, like me, she had surely sought different treatments, ideas, doctors, oils, medicines, and anything else people around her suggested.

But she didn’t give up. And when Jesus was near, she fought her way to see Him and took the opportunity to touch his robe in the middle of a crowd of people.  She believed and was healed.  She didn’t sit back and think, “It’s been twelve years and I’ve tried everything – it’s time to just stay in the middle and accept that this is my life.”

On this “twelve year anniversary”, I’m thankful for a woman that lived more than 2000 year ago and the encouragement and challenge she’s been to me this week.  I needed to be reminded that I need to keep praying, trusting, and willing to try whatever comes my way.  I’m still going to wrestle with “Really God – why don’t you already?” but after a year or so of not having “healing/relief” on my daily prayer list – it’s back on!

And while I wish things were different (and would be THRILLED if God chose to heal me this very second), I’m thankful for the lessons I’ve learned through this.

*A deeper compassion for those living with chronic pain and grace for those that become addicted to prescription pain medication (not my personal story but – it could have been).

*Thankfulness for access to modern medicine- doctors/surgeons – and physical therapy…and that I am “walking” (something that was once questionable).

*Everyone needs a village.  I’m thankful that when I have been unable to care for my family (and myself), friends rallied with meals, doing our laundry, helping me get my wheelchair out of the car when I arrived at work (special thanks to Jenn Mangan!) and many other things that I couldn’t do at the time.

*My husband is a saint.  Tom has heard, “My leg is killing me” more times than anyone should have to…and yet still offers a sincere “I’m so sorry” in response. He’s been there for the “not so great” and the “please kill me now” moments and has always been willing to listen to my frustrations and let me cry. I married REALLY well.

*I can do “the middle” because, even when it appears He’s not moving or answering, God IS faithful.  He sees every tear…but He also sees every time I walk like I’m 90! He’s provided in amazing ways and used His word and people to give me encouragement along the way.

And finally – I’ve been reminded again this week that God uses His word to encourage and teach us. I connected with a woman from 2000+ years ago! I’m so thankful He included her story in the Bible.  I want to be found faithful of trusting that God can heal…just like her.

“The Woman With The Issue Of The Crazy Painful Limp” – huh…nice ring to it?!? 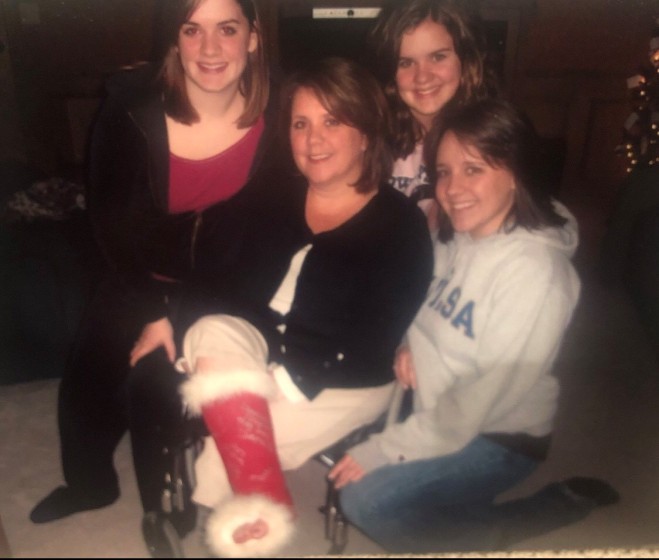 At some point we thought it was a “fun idea” to spray paint my cast into a Santa Boot around Christmas?!?  Pretty sure I was still on MAJOR pain meds at the time!

Tom is the keeper of all photos of my actual leg/ankle – before and after surgeries. He used to pull them up on his phone to scare women and children…like his wife and 3 daughters! 🙂 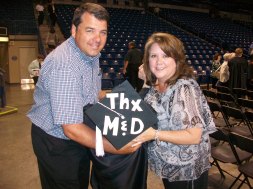 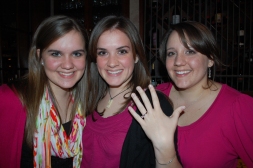 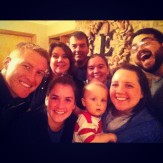 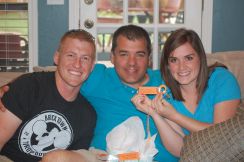 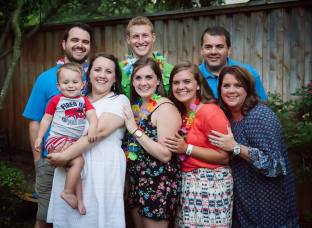 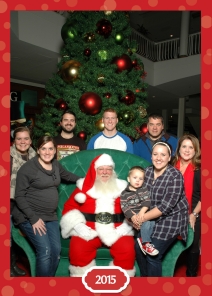 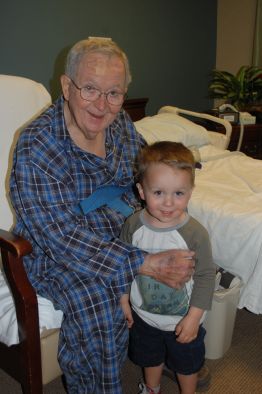